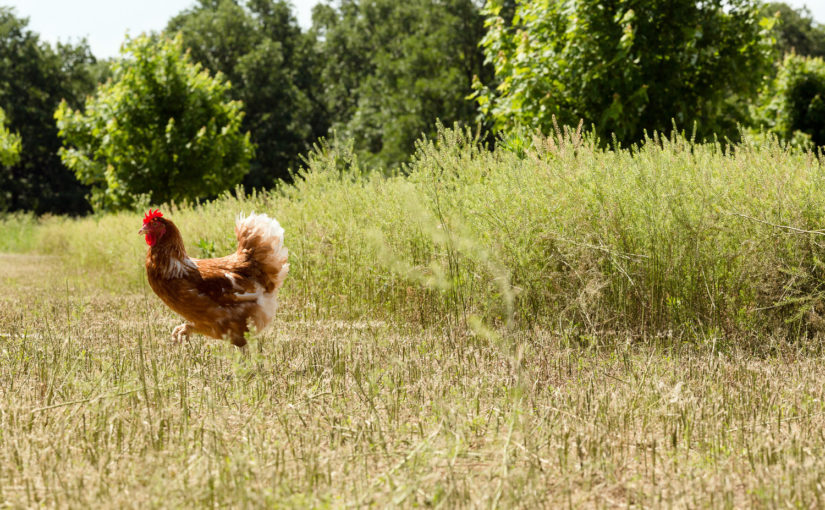 The Bright Side of Happy Eggs — Arkansas Food & Farm

It’s still early, but already 14-year-old J.C. Carlton’s 40 Hyline Brown hens are scattering into the warm spring morning. Unlike most of Arkansas’s commercial laying hens that are confined to cages, J.C.’s are free to roam the family’s 300-acre farm near Rosston. Generally, J.C.’s birds remain close to their coop and the farm’s activity center.
He describes his method as free-range, saying, “I put them out in the morning and back up at night.” It’s this varied diet that makes the eggs taste richer and more flavorful. Plus, he says, “The chickens are good for the land and the land is good for them.” J.C. says he loves his hens, but perhaps his favorite part is the pancakes his mother makes with the eggs. 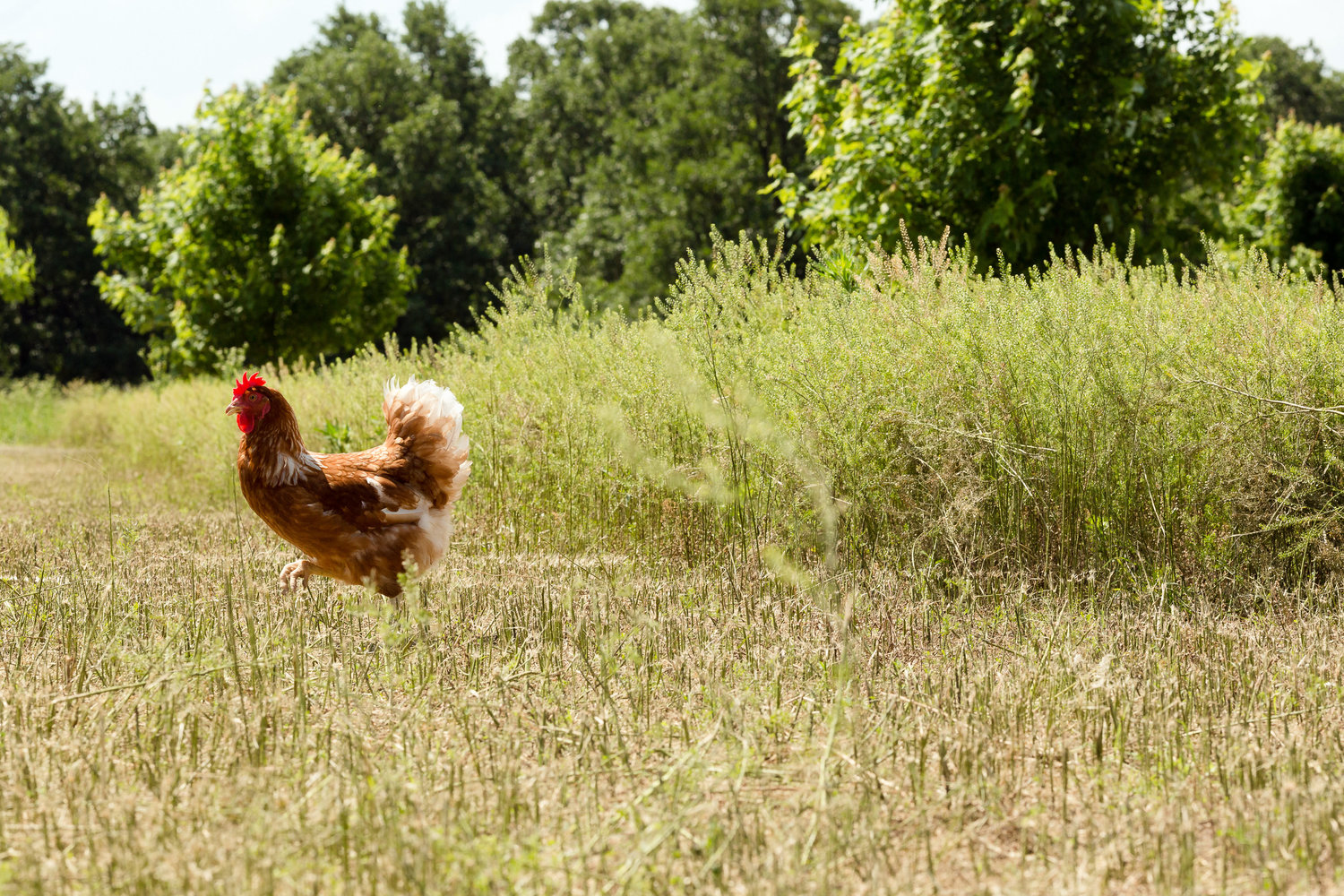 While the hens are scratching for the early worm, J.C. is busy collecting the eggs and cleaning out the coop and nesting boxes. J.C.’s hens started as a 4-H project with plenty of support and educational information from the organization, but it has grown into a paycheck, and while the teenager handles most of the work, his mother, Tara Carlton, is in charge of sales. She’s also a 4-H leader. Carlton says, “It takes J.C. about 20 hours a week to care for his hens,” and while he will consider increasing his flock, he realizes he would have to build a second coop.

In addition to keeping about 280 eggs a week cool, J.C. washes the protective bloom off the egg just before packing each dozen into a recycled carton that is shipped to Miracle Farms Market a few miles away. “People don’t always realize how much time and energy it takes to produce an egg. At the grocery store, they just grab a carton and go,” Carlton says. 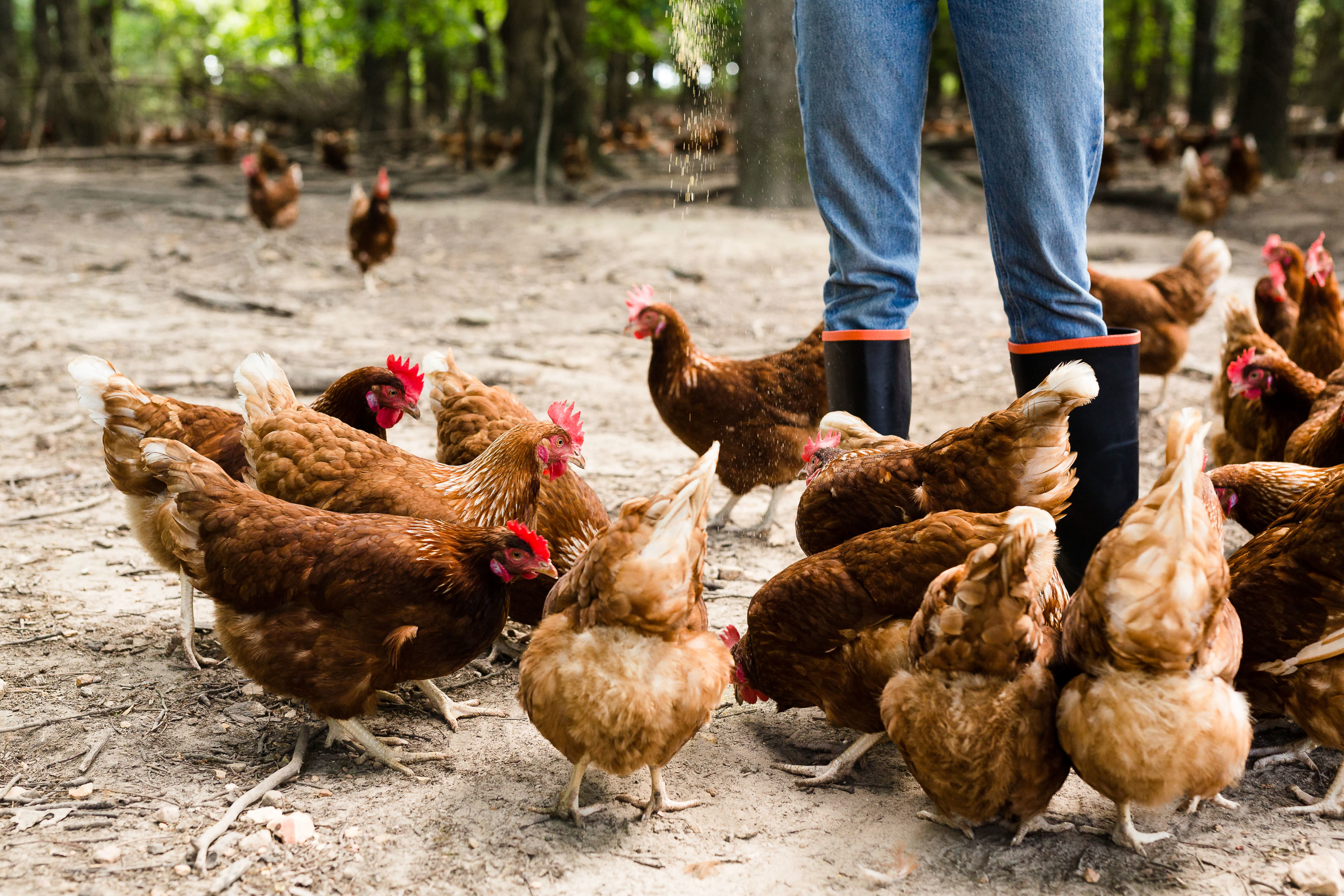 IT TAKES A HAPPY HEN

Arnsperger says Happy Egg moved its headquarters from San Francisco to Rogers about two years ago so it could be closer to its hens and farmer-partners. The company sells free-range, regular or organic, eggs from their Lohmann Brown Lite specialty hens nationwide. “We offer [consumers] a better egg option,” Arnsperger says.

In fact, the company is betting the egg farm that the number of caring customers is growing. That’s not based on wishful thinking, but on the company’s bottom line, and Arnsperger, who grew up in Missouri, says, “We’re growing rapidly.”

The company sells about a million dozen eggs every month or about 12 million dozen annually. It has about 30 farm-partners in Missouri, with a second Arkansas farm partnership just announced, and on average each farm raises between 16,000 and 20,000 hens on about 10 acres.

In the U.S., only about 8 percent of the eggs sold are raised free-range, but Arnsperger believes that number will grow, too. Instead of increasing the size of the individual farms in order to grab a bigger market share, Happy Egg believes it’s in the best interest of the bird to keep the farm small and personal. So the company build additional farm-partnerships to meet the egg demand.

It’s not only good for the hen, but each farmer is guaranteed the company will purchase their eggs, thus creating stability and financial security for the farmer. “For us, we’re really focused on what’s best for the bird, for the farmer, for the customer. There’s no trade off,” Arnsperger says. 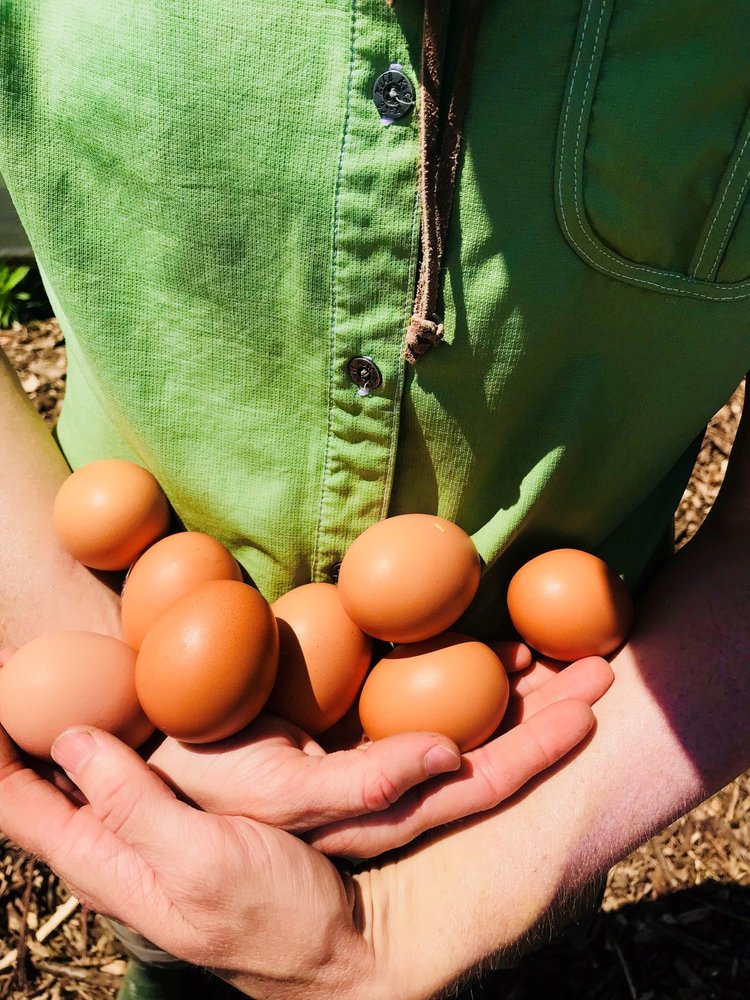 What’s best for the bird

Its operation is classified as free-range, but the company goes beyond the usual industry standards. Instead, it uses the American Humane Association’s standards and guidelines.

“To qualify, the Happy Egg Co. had to meet the program’s rigorous standards, which, uniquely, includes providing each hen with access to 21.8 square feet of outdoor space, available shelter, nearly 200 more science- and welfare-based standards,” according to the company’s website. In addition to inspecting its farm-partners on a regular basis, Happy Egg Company conducts monthly farm checks and bi-annual audits to ensure the “highest standard of hen care,” Arnsperger says. Happy Egg received the Compassion in World Farming’s 2016 Good Egg Award.

Headquartered right here in Rogers, Arkansas, Happy Egg is the pioneer of free range egg farming…and our hens are the Free-est of the Free Range™, roaming free on over eight acres of pasture, which is ten times the space of standard free range farms. As the first free range egg producer to have received the acclaimed American Humane® Association certification, Happy Egg knows that happy hens produce the best possible eggs. That’s why Happy Egg has improved its hens’ welfare, including regulating flock sizes, giving longer outdoor access, providing play kits and tree coverage, giving easy access to outdoor watering systems, and ample room for the hens to dust-bathe, forage, exercise, and roam. For more information, including where to purchase, visit https://happyegg.co/store-locator/and @HappyEggCoUSA on Facebook, Twitter and Instagram.

You have Successfully Subscribed!

Don't worry, we hate spam too. We promise our newsletter won't be.